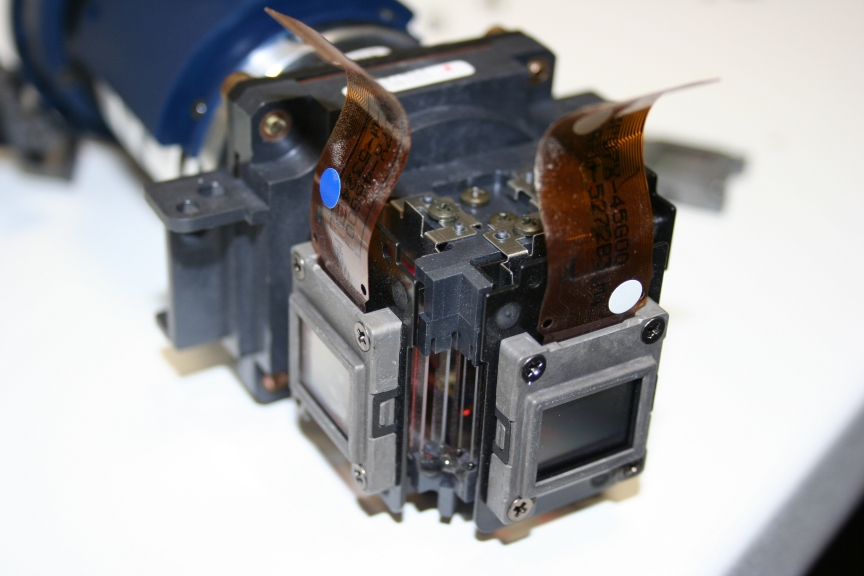 Last time we spoke I talked about what makes up a DLP Video Projector.  How it works as well as its Pros and Cons.  From this point forward, I will be discussing what makes another large segment of the projector market, LCD Projectors. additive display technology.  DLP Adds layers of colors to make an image where as LCD blocks pixels to take away color for dark area.  One is not better than the other. One of the main advantages of LCD is the lack of a color wheel.  This means one of DLP’s main detriments(rainbowing) is not a concern.

LCD uses 3 colored filters to break the light into Red, Green and Blue.  These are then re-combined before final projection.

LCD Projectors were the first projectors on the market.  They quickly replaced the older and antiquated CRT (cathode ray tube) Projectors.  Their portable size and surprisingly bright image( for the time) was a welcome change.

You would think this type of technology was rather new, but in reality its almost 35 years old.  The first ‘Light Valve’ was pioneered in 1968 at RCA by John van Raalte.  It took until 1984 for him to work out the issues such as being able to control the ‘light valves’ in a meaningful way for a projector.  Since each pixel is arranged in a grid pattern, there needs to be a way to address each pixel.  This also showed the first use of negating the ‘screen door affect’ of each pixel being too obvious and looking like a grid of color. 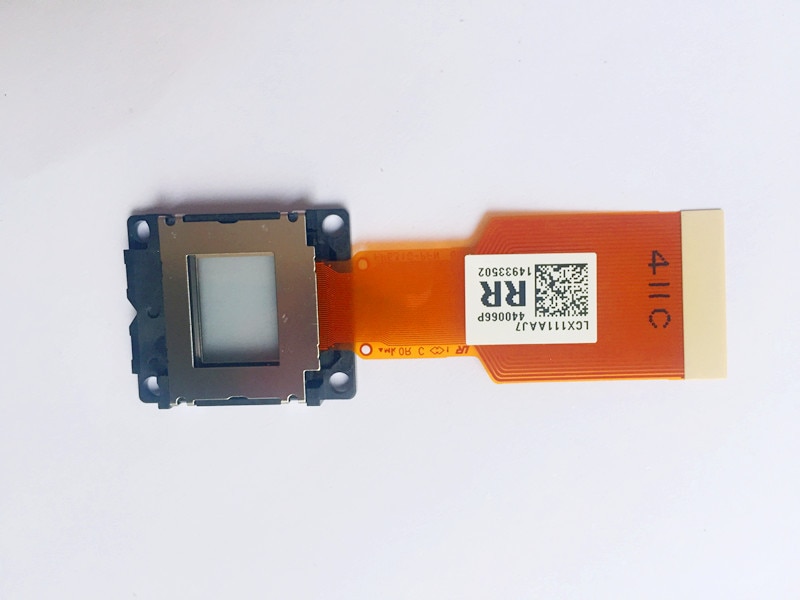 It wasn’t until the mid to late 1990s that LCD computer projectors became more common place. Before then, the most common form of LCD projector was a flat panel that was set atop a common overhead projector.

Once the LCD digital projector became common place it rapidly advanced.  At first the contrast was an issue at low brightness’s.  The implementation of an auto iris resolved that.  This Iris physically blocks the lamps light beam at a specific level to balance the light needed to display the color required by the video.

Both LCD and DLP Projectors use lamps and lenses. Everything in between is quite different.

The lamp in an LCD projector starts off by focusing its light through a lens in the front of the lamp. This lens ensures the maximum amount of light hits the first lens of the projector.  The lens ‘ job is to focus the lamp light onto the the next piece of glass which is a color prism.  This prism reduces the light to its core colors of Red, Green and Blue.  The now filtered light is passed through a set of mirrors and multiple Dichroic filters. The 3 filters further filter the lights to single color channels. Each of the 3 core colors have their own light path and their own LCD panel. Directly prior to passing through the LCD panel the light is balanced by 2 polarized glass panels.  These are adjusted in the factory so that each color is of equal intensity. This is critical because once the light passes through the LCD panel it is now 1/3 of the picture.  It is combined with the other 2 colors to form the full color image.  If any of the 3 colors are more dim or bright than each other, the image will look out of balance and not vivid.

The Lamp in an LCD projector is different as well. 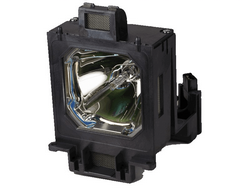 The lamps usually have an optical lens rather than a filter lens as in a DLP lamp.  There is no need to block the UV and IR as it leaved the lamp.  The UV is already blocked by the glass, but the IR is not going to affect a color wheel so it can be filtered out after it leaves the lamp.

Around 2010 DLP projectors were surpassing LCD in quality but now the differences can be minuscule in the image quality.  LCD is still quite popular and posses a slightly large part of the home theater market but only barely.

Either projector can serve you well for most purposes.  Once type of lamp is not necessarily more expensive either.  Ideally you want to look at the picture.

If the image looks how you want it to look then LCD is the right technology for your home theater.  Maybe DLP looks better since it does have slightly deeper colors?  At that point it is up to your personal preference.  no matter which you choose you can get your lamp from us with the confidence that you are purchasing from a company who knows lamps.

This site uses Akismet to reduce spam. Learn how your comment data is processed.